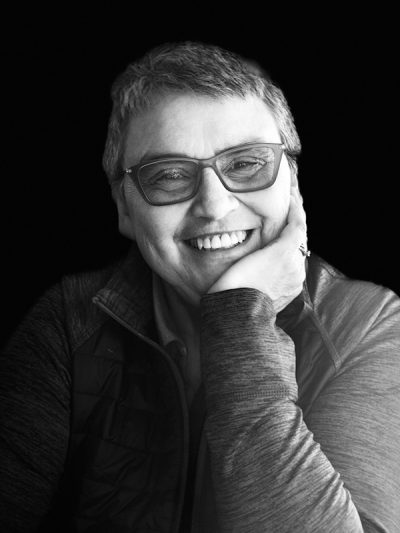 Rosalie Favell is a photo-based artist, born in Winnipeg, Manitoba. Drawing inspiration from her family history and Métis (Cree/English) heritage, she uses a variety of sources, from family albums to popular culture, to present a complex self-portrait of her experiences as a contemporary aboriginal woman. To date Rosalie’s work has explored the relation of photography to issues of identity. A major body of recent work, Facing the Camera (2008-ongoing), is a large document of Aboriginal artists (450+). Favell has received enormous support from her fellow Aboriginal artists for her project, photographing them in different cities to give as much representation of her community as possible. During her residency in Australia in 2016, she met renowned Aboriginal artist Maree Clarke. This key encounter inspired her to initiate a new project, Wrapped in Culture, which brought together 10 Indigenous artists from Australia and Canada. Collaboratively the artists created a contemporary version of a possum skin cloak and a buffalo robe, drawing from culturally distinct yet similar artistic traditions that historically have sacred and practical uses.

Over the course of her long career, Favell’s work has appeared in exhibitions in Canada, the US, Edinburgh, Scotland, Paris, France, Taipei, Taiwan and Melbourne, Australia. Numerous institutions have acquired her artwork including: National Gallery of Canada (Ottawa), Canadian Museum of Contemporary Photography (Ottawa), Smithsonian National Museum of the American Indian (Washington, D.C.), and Global Affairs, Canada. She has received numerous grants, and won prestigious awards such as the Ontario Arts Foundation – Paul DeHuek/Norman Walford Career Achievement Award, the Chalmers Fellowship, the Victor Martyn Lynch-Staunten Award and the Karsh Award.  A graduate of Ryerson Polytechnic Institute, Rosalie holds a Master of Fine Arts degree from the University of New Mexico and a PhD (ABD) from Carleton University in Cultural Mediations. In Ottawa Rosalie has taught at Carleton University, the University of Ottawa and Discovery University.